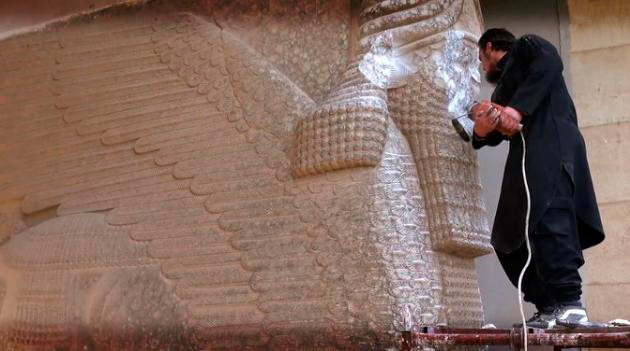 Unfortunately, the 1954 Hague Convention is again in full force since the recent confrontation in Syria has once again exposed the vulnerability of cultural heritage. The Convention, drafted after the devastating destructive effects of cultural goods produced during the World War II, sought to synthesise a shared desire that such losses would not recur in the future. In addition, it served to highlight the importance of this heritage and the real need for its defence and protection. In spite of this, the Convention was by no means the first instrument developed in our recent history to establish measures of safeguard of cultural property during an armed conflict. Perhaps the difference with its predecessors was that it addressed the treatment of these goods from a need for joint protection, emphasising a global, worldwide desire for their preservation and maintenance for posterity.

Nevertheless, the measures envisaged in the text have been manifestly insufficient to achieve the intended aims. Preserving heritage during a warlike confrontation requires much more than a mere declaration of intent, and it even may demand the intervention of the international community when the most minimum duties of respect are openly contravened, and the intentional destruction of these goods becomes a form of identity annihilation. The guidelines contained in the text are, moreover, weakly binding. Its effectiveness rests more on the goodwill for compliance on the part of States than on an inherent coercive power, but its very existence and the considerable number of countries that have ratified the text demonstrate its importance as an instrument that values cultural heritage for the whole world. 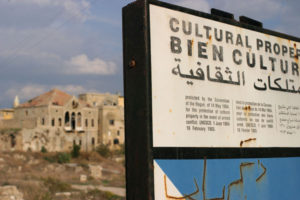 Tyre, in Lebanon (via WikimediaCommons)

At this point in history, the question is why this text had not been ratified yet by some of the countries most affected by the conflict concerning the volume of heritage destruction, like the United Kingdom (the only country of the UN Security Council that still refused to ratify the treaty). Curiously, this country was very involved in the drafting of the text, both in the drafting of the 1954 Convention and its contemporaneous First Protocol, and of its Second Protocol, adopted in 1999. The matter was again in vogue after the statements of the UK’s Secretary of Culture, John Whittingdale, who in June 2015 had expressed the government’s intent to ratify the text soon. Furthermore, he announced the launch of a strategic plan for recovery, protection and even transfer of cultural treasures from the most endangered territories, such as Syria and Iraq1.

This is not the first time, though, that the United Kingdom has expressed its intention to ratify the text. After the Balkan war in the 1990s, a confrontation which revealed the inefficiency of the Convention’s measures and which fostered subsequent phases of work that led to the Second Protocol of 1999, the country made public its plans for ratification in 2004. This proclamation of purposes yielded results when in January 2008 the Commission of the Department for Culture, Media and Sport published a first draft of the “Cultural Property (Armed Conflicts) Bill”, thereafter submitted for consideration of the Parliament2.

Something similar happened with the use of museums, mosques and other constructions of cultural value in which the enemy forces might be entrenched, which could put the army in the dilemma of attacking or not that point given the risk of loss of the heritage. In addition, it was also exposed that the English army had already incorporated the guidelines of the Convention and its Protocols into its tactical behaviour and that the UNESCO was about to issue a guiding document by 2010. However, the Parliament also emphasised the fact that during the occupation of Iraq many of the provisions of these texts on the behaviour of the military forces, both the Allied and the Iraqi ones, had negligently omitted the most minimal duties of protection and conservation of places of historical and cultural interest, causing an irreparable loss for the heritage of all mankind. This made it advisable, and even logical, to return to the question of ratification of the Convention, and the Parliament welcomed the project of 2008. The text, nonetheless, was not enacted. The drafting proposal, which had given rise to interesting debates on very delicate issues in the country, such as the integrity and respectability of the English art market or the provision of funds to meet the multitude of economic commitments that the ratification would bring, merely ended up as a very well intentioned proposal.

As the official website of the United Kingdom Department for Culture, Media and Sport clearly explains, the denial of ratification was due to a lack of conviction about the effectiveness of the mechanisms contained in the Convention, such as the absence of criminal sanctions, the conceptual imprecision of some terms or the inclusion of overly political solutions. The country had expressed these doubts since the very beginning during the round of negotiations in which the final text was drawn up. Many of these shortcomings were treated in depth throughout the sessions to draft the Second Protocol, a process in which the United Kingdom actively participated, reflecting the existence of a real concern on this subject to which the country had not remained apart. The next obstacle, however, was the introduction of the necessary internal legislative reforms to have a legal system adapted to the demands and commitments derived from the ratification.

Perhaps because of scepticism, due in part to these precedents of unfulfilled promises of ratification and persistent obstacles, months after the Secretary of Culture’s declarations of 2015, UK Blue Shields launched a campaign urging the English government to conclude ratification. This initiative counted on the support of several groups working on the international protection of cultural heritage3, and the insistence seemed to bear fruit when the Queen proclaimed the government’s strong will to adhere to the Convention during her speech of May 18, 20164. This speech made public the work that the Department for Culture, Media and Sports had been doing about it, and just the next day, May 19, an updated version of the “Cultural Property (Armed Conflicts) Bill” was published5. In addition, we should not forget that in January of that same year, the United Kingdom transposed the Directive 2014/60/EU on the return of cultural objects unlawfully removed from the territory of a Member State. The transposition was an inescapable obligation within the Community normative system, but the United Kingdom had run out the legally prescribed deadline. With this step forward to the restitution of cultural property, the context seemed favourable to culminate this long process of unfulfilled announcements concerning the Hague Convention. 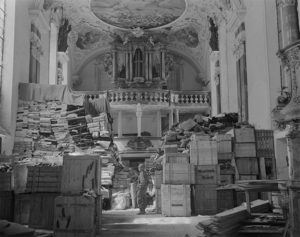 Since the statement of these renewed intentions in June 2015 and May 2016, however, some things have changed in the country, starting on the Brexit, which augurs a position towards separatism that matches very badly to the spirit of the international union that the Convention conveys. These circumstances might suggest a halt to the ratification process. But in November 2016, we faced a substantial parliamentary debate in which the updated version of the “Cultural Property (Armed Conflicts) Bill” was submitted. Today, the bill is at a very advanced stage, pending further discussion of the proposed amendments to the text. The next appointment of the normative approval process is scheduled for February 20.

The difficulty of such a late ratification lies fundamentally in accommodating the terminology of the Convention to new times. Much has changed since 1954. In parliamentary debates, this circumstance has sprung up several times. The passing of 62 years course since the Convention enactment to the drafting of the current Bill of 2016 has arisen interesting discussions on the scope and interpretation of the current concept of “cultural heritage”(MP Kevin Brennan insisted on clarifying whether the digital cultural heritage should be included or not in the definition). Other conflicting points are not new, such as how the assumption of safeguard obligations by the country may hinder the natural development of art market practices, in which the United Kingdom is an inescapable international reference.

What is striking about these reflections is that many of the commitments embodied in cultural market practices were already included in the Dealing in Cultural Objects (Offences) Act of 20036. 12 years later, discussions reappear as to whether ratification of the Convention may introduce obstacles to the commercialisation of artworks and cultural goods, especially if it originates indirect responsibilities for art dealers. This concern is not new at all, as it had already arisen in previous discussions about the 2008 draft text. It is highly advisable to read the transcript of the parliamentary debates of November 20167, in which representatives of the closest groups The English art market and academic experts in the field had participated. 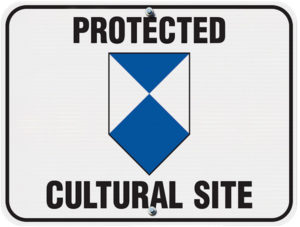 Despite all these preventions, and the underlying concern that the art market is not affected, it seems that the time has finally come to say YES to the Convention. Why not, if, after all, the group most affected by the derived duties, that is, the army, had already incorporated these provisions into its protocols? To make it stronger, Peter Stone, UNESCO Chair in Cultural Property Protection and Peace, at the Newcastle University, published an opinion piece in The Art Newspaper8, on November 29 last year, reflecting positively on the advisability of ratifying this treaty: the time has come to eradicate certain harmful military practices. Ratification will help combat seven of the main risks inherent in an armed conflict: lack of planning, spoils of war, collateral damage, military lack of awareness, looting, enforced neglect and specific targeting.

We will be watching for the last steps needed to complete the process. Let us hope that what seems to be the definitive road to ratification will not suffer an unforeseen reversal. By now, , the next appointment is on February 20.

6 Dealing in Cultural Objects (Offences) Bill – Back to note 6.

8 The Art Newspaper: “Why ratifying the Hague Convention matters” (see) – Back to note 8.