Images of the destruction of religious symbols and irreplaceable cultural treasures of the region declared World Heritage by UNESCO as Palmira, Hatra, Nínive, Nimrod or Timbuktu made the rounds of world TV newscasts. Since 2015, several media reported the illicit trafficking of archaeological pieces as the leading sources of financing of the jihadist group, although it had not been demonstrated reliably. The greater presence of cultural goods from the territories occupied in the legal antique market was discreet. Often they were smaller pieces that attracted little attention, although the main difficulty is the trade of objects unexcavated, which have not been recorded, and their legitimate origin, when introduced into the international business markets, have neither been identified nor certified. As reported by the UN, in mid-2016 there were 4,500 archaeological sites under the control of the DAESH, of which nine had been declared World Heritage by UNESCO. At that time, it was estimated that some 100,000 cultural objects were at their disposal and that the group obtained between 150 and 200 million dollars a year from their commercialisation. 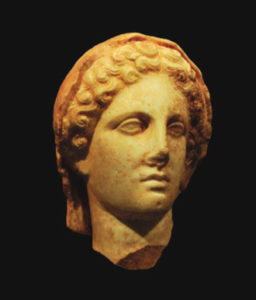 One of the main characteristics of the illicit trade in cultural goods is that this type of activity requires making the leap to the regulated market to obtain the maximum benefits. Unlike contraband of other kinds of elements, such as drugs, weapons, animals, human beings … that always move in hiding, with cultural goods the highest prices come in open bids. Pre-closed sales or smuggling by order does not guarantee the best rate.

That’s why criminal gangs that traffic with cultural goods aim to launder the illicit origin of the objects placing at the end of the chain line dealers with a solid reputation. Often, the problem lies in being able to demonstrate the causal connection between the extraction of pieces at the source and their introduction into the regulated market.

The case unveiled in Spain is of vital importance because it has allowed to demonstrate the direct connection between the traffic of cultural goods and the financing of the terrorist group.

This article is a research work that analyses in depth this case, the financing of DAESH through antiquities trafficking, the worldwide debate on this issue, and how criminal networks use the legislation for their benefit.